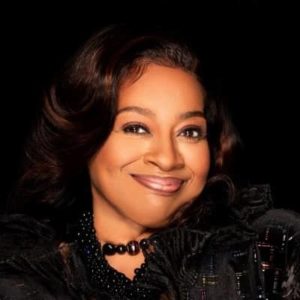 Twinkie Clark is a gospel singer, record producer, songwriter, composer, musician, and evangelist from the United States of America. Twinkie Clark is most known for being a member of the Clark Sisters, an American gospel singing quartet.

Twinkie was born Elbernita Twinkie Clark on November 15, 1954. Scorpio is her zodiac sign, and she is 66 years old. In Detroit, Michigan, she was born to Dr. Mattie Moss Clark, a pioneering gospel singer and choir conductor, and Elder Elbert Clark. Moreover, she has four sisters namely Jacky Clark Chisholm, Denise “Niecy” Clark-Bradford, Dorinda Clark-Cole, and Karen Clark Sheard. She started tutoring in music at a young age, 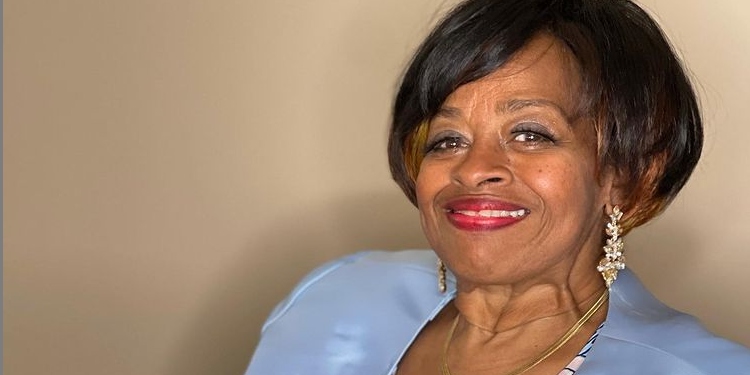 under the tutelage of her mother. She also started traveling nationwide with her mother at the age of thirteen, evangelizing and teaching choirs in three-part vocal harmony. In 1967, she made her recording debut as a featured singer on the Southwest Michigan State Choir of the Church of God in Christ’s “He Will Supply Your Need,” from the album A Closer Walk with Thee, with her mother, sister Denise Clark, and Dolores Jones. She then obtained formal music training at Washington, D.C.’s ‘Howard University.’

“Mother of Contemporary Gospel Music,” as Twinkie is known. She is a well-known musician in addition to singing. As a result, she is known as “the Queen of the B3 Hammond Organ.” She is also a member of the 2014 Hammond Organ Hall of Fame Class. Dr. Judith Christie McAllister, on the other hand, recognized her in 2012. And the Church of God in Christ’s International Music Department, as a living legend and inspiration at the 105th International Holy Convocation. Dr. Tony Lewis awarded Clark an honorary doctorate in sacred music at the event. Furthermore, there is the Christian Bible Institute and Seminary (CBIS). ‘The Clark Sisters,’ a gospel ensemble, has also had her as the leader, major composer, and producer. In 1973, they founded their band. Furthermore, in 1983, the group’s greatest hit was the popular crossover song “You Brought the Sunshine (Into My Life).” Due to their mother’s death in 1994, ‘The Clark Sisters’ was unable to participate in their global tour. Furthermore, she had a stroke as a result of her diabetes. In 2020, ‘The Clark Sisters’ became the highest-rated TV film!

The film ‘The Clark Sisters: First Ladies of Gospel,’ which premiered on Lifetime in 2020, was the highest-rated television film of the year. It drew an amazing 2.7 million viewers right away, making it Lifetime’s highest-rated film since 2016. Furthermore, the film is based on the true tale of the Clark Sisters, who created the famous gospel group “The Clark Sisters.” In addition, he aided in the mainstreaming of modern gospel music. Similarly, the film depicts how the sisters created history, how they became the best-selling female gospel group in history, and how their hard work paid off. And their accomplishments throughout the years propelled them to the pinnacle of the gospel music business. The Clark Sisters were also recognized as recipients of the James Cleveland Lifetime Achievement Award at the ’35th Annual Stellar Awards.’

Twinkie has a number of solo albums to his credit. Praise Belongs to God (1979), Comin’ Home and The Masterpiece (1996), Twinkie Clark-Terrell Presents the Florida A&M University Gospel Choir, Twinkie Clark & Friends…Live in Charlotte, and Twinkie Clark & Friends…Live in Charlotte received Grammy nominations for Best Traditional Soul Gospel Album. Furthermore, she released With Humility and Live & Unplugged on Larry Clark Gospel in 2011 and 2013, respectively, before collaborating with Larry Clark on The Generations in 2020.

When it comes to her personal life, she looks to be the most reserved of her sisters. She is now single. As a result, she is a divorced woman. She was previously married. She had previously been married to Johnny Terrell. However, since Twinkie is extremely discreet about her personal life, nothing is known about her past marriage. There isn’t a lot of information on when they married, how long they were married, or when they divorced. She and Johnny Terrell had a kid named John Terrell, according to reports. As a result,

John collaborated with his mother Twinkie on her debut solo album, ‘Live in Charlotte,’ and rapped on it. As a result, there isn’t a lot of information known about him. There have also been rumors that her ex-husband is in jail, but no evidence has been found. Clark is most likely single right now. She has not been spotted with a male to date as an extremely private person, therefore it is reasonable to presume she is not in a relationship right now. Maybe she hasn’t met the perfect guy yet, but we are certain that she will find someone who is right for her one day.

She is a very remarkable and beautiful woman. Clark is a tall man, standing 5 feet 5 inches tall. Her weight, however, is unknown. She does, however, have a good body figure that she keeps up properly. She also has dark brown hair and a lovely set of dark brown eyes.

She is active on a number of social media sites. As a result, she solely uses Instagram and Twitter. Her Instagram account, ‘@officialtwinkieclark,’ has amassed a following of almost 51.6K people. Her Twitter account now has over 88.8K followers. Twinkie, being a well-known and accomplished individual, undoubtedly makes a substantial sum of money from her career. Her net worth is $6 million as of December 2020.