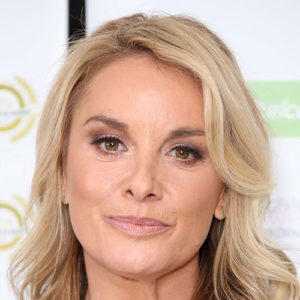 In terms of her schooling, she attended Trinity Catholic High School in Woodford Green. She joined the Stagestruck Theatre Company after graduating from high school. She continued her schooling at the London Studio Centre, where she studied theater and dance.

Tamzin Outhwaite began her acting career in theatrical shows such as “Oliver” and “Grease.” Following that, she appeared in TV series such as “The Bill” and “Men Behaving Badly.” She was cast as Mel Healy in the TV drama “EastEnders” in 1998. Her celebrity grew much more as a result of the program.

In 2003, she appeared on the television show Final Demand. Later that year, she appeared in the BBC drama series Red Cap as Sgt. Jo McDonagh. She went on to star in a number of television movies, including “Frances Tuesday,” “Walk Away and I Stumble,” and “When I’m 64.”

Tamzin is not involved with anybody at the moment. She was formerly married to Tom Ellis. Tom is a Welsh actor best known for his role as Gary Preston in the television drama “Miranda.” In 2006, they tied the knot. In 2014, their marriage ended in divorce. They had two children, Florence Elsie Ellis and Marnie Mae Ellis, before their divorce.

Tamzin Outhwaite has had a long and fruitful career. As a result, she has earned a nice living from her profession. She has an estimated net worth of $8 million as of 2022. With her next ventures, the great actress will undoubtedly earn a lot of money.