Kanye West and Kim Kardashian are her parents. Saint West, born in 2015, and Psalm, born in May 2019, are her brothers, while Chicago, born in January 2018, is her sister.

She also has a large extended family, which includes protective grandparents Kris Jenner and Robert Kardashian.

Kourtney Kardashian, Khloe Kardashian, Kylie Jenner, Kendall Jenner, and Uncle Rob Kardashian are among the most famous aunts in the world.

As a result, North is extremely close to Grandma Kris Jenner, and her aunts and uncle babysit her on a regular basis. In terms of her schooling, North attended a preschool near her family’s Bel-Air home. She enrolled in a pre-kindergarten program there.

North’s life has been carefully recorded from her conception as part of the reality TV program ‘Keeping Up with the Kardashians.

‘ Kim and West started dating in April 2012, when she was still legally married to her second husband, NBA player Kris Humphries, but separated from him.

A few months later, they revealed the pregnancy, and Kim’s pregnancy with North became a tremendously popular aspect of the reality program. 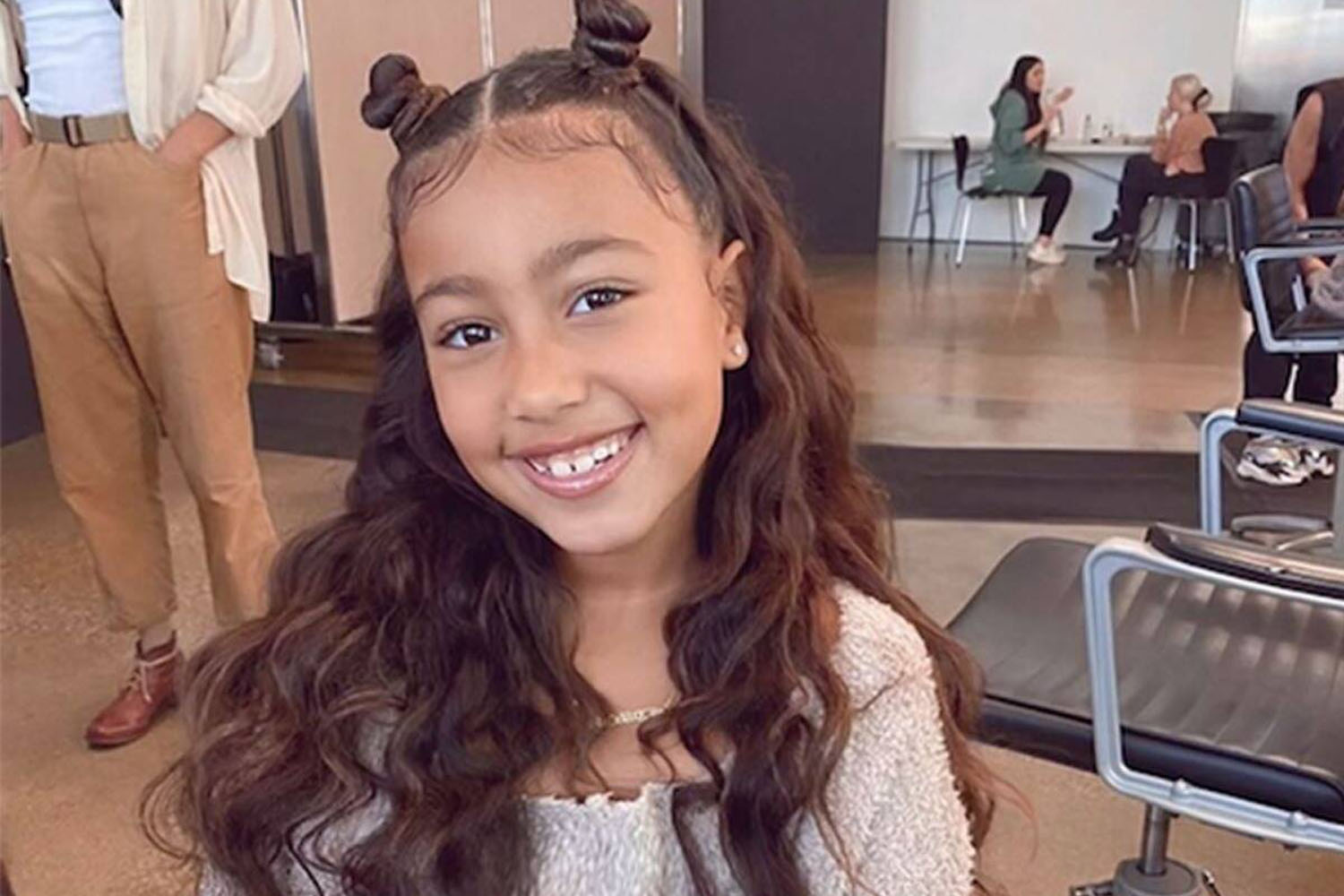 When Kim was transported to Cedars-Sinai Medical Center in Los Angeles, the camera was with her. In June 2013, she gave birth to a baby girl.

The media was buzzing with potential baby names for the much-anticipated baby from the moment she was conceived until she was born.

The moniker ‘North West,’ a directional variation on Kanye West’s surname, gained traction. However, Kim originally denied on television that she was contemplating it.

Following the birth of the baby, TMZ announced that they had named the child North and that Vogue Editor Anna Wintour’s ideas were most likely the cause for it.

North is presently being hailed as one of the most fashion-forward babies of her generation, with Kim Kardashian and her family’s Instagram feeds brimming with her lovely photos.

This curly-haired youngster, who is always spotted in elegant baby costumes complete with the appropriate accessories, may even give ordinary fashionistas a run for their money.

Furthermore, the paparazzi fawned over this newborn and sent helicopters to photograph her. North is an actor and producer, with credits including Kanye West: Closed on Sunday (2019), Kanye West Feat. Paul McCartney: Only One (2015), and Keeping Up with the Kardashians (2007).

Furthermore, she attended her first party at Caitlyn Jenner’s home on the Fourth of July weekend. She was featured on the cover of WWD Beauty Inc. in February of this year.

North’s access to top brands and trends is aided by her famous and rich parents, but it is unquestionably her decision.

From adorable Louis Vuitton or YSL handbags to matching sequin dresses with mom Kim, to luxury coats from Balmain and YSL, there’s something for everyone. She also wears Chanel and Charlotte Olympia shoes; she is all about high fashion and top brands.

From slip dresses to high necks, thermals, fur jackets, and bikinis, there’s something for everyone. As a result, North seems to be able to wear any style, demonstrating that fashion is in her blood.

North is still a wonderfully gorgeous toddler who likes to apply her aunt Khloe’s makeup and try on her mother’s enormous boots and can’t live without glitter despite being quite the little fashionista. Her parents are getting ready to start a children’s clothing brand, and it seems that they are listening to North’s suggestions.

She’s just seven years old, and she’s much too young to be engaged in any relationship. She will, however, undoubtedly draw a slew of suitors as she matures. Anyone would fall in love with her because of her outstanding personality, charisma, and skill.

She hasn’t been engaged in any major rumors or scandals, either. Her name, however, was a rumor when she was born. Then, once Pharrell Williams and Anna Wintour questioned if it was real, they admired the name, which helped it stick.

She has a strong fashion sense and sometimes selects her own clothing that is precisely matched and on-trend. This attractive young woman has a wonderful attitude. North is a sweet young girl who receives affection from all around the world.

Her physique metrics will undoubtedly continue to increase in the next years. However, she is now 3 feet 1 inch tall and weighs roughly 24 kg. She also has dark brown eyes and black hair. Overall, she is an elegant and endearing young lady.

She is still too young to have a personal account on social media. She does, however, appear often on his parents’ social media pages.

When North develops a social media account, she will undoubtedly get a significant number of followers. Similarly, this youthful personality could be able to earn a respectable living. Her parents’ wealth, on the other hand, allows her to live a luxury lifestyle. Her personal earnings have not been disclosed.