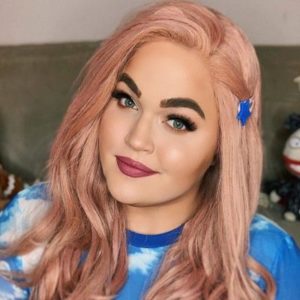 Loey Lane is a well-known American YouTube personality who focuses on beauty and plus-size fashion. Loey Lane creates body-positive vlogs in order to bring attention to the important problem of body and weight shame.

Loey Lane was born in Georgia, United States, on May 20, 1993. Her zodiac sign is Taurus, and she is 28 years old as of 2021. She hasn’t revealed the identities of her parents. Her Instagram post, however, revealed that she had lost her father. Christian is her brother’s name. She enjoys talking about ghost tales and said in an interview that she grew up in a haunted home and used to communicate to a deceased man she named the Colonel when she was two years old. Lane, too, struggled with anorexia before fully accepting her physical size. Cats, a dog, guinea pigs, and a horse are among her numerous pets. She’s also made a special Instagram account for them.

Lane launched her YouTube account in February of that year. She has always been interested in fashion and beauty, but she saw that there was a significant gap in fashion for plus-size bodies. Furthermore, the industry’s skewed audience pushed her to create a channel and blog where she could debate and attempt to close the gap. She started by sharing Disney-inspired lookbooks, cosmetic regimens, and shopping hauls. Her desire to communicate with others, on the other hand, took off quickly. Lane’s following swelled swiftly as many women who had been left out of the fashion business found refuge in her beauty channel. Furthermore, her social media clout started to show when firms like Kohl’s and Sephora sought her to promote their wares. She won IT Cosmetics’ annual IT Girl Contest in 2015 for her powerful films that communicate messages about body acceptance and confidence. In the same year, she was featured on the cover of ‘Skorch Magazine.’ However, the emphasis of the topic was on eradicating negative preconceptions about obese women. 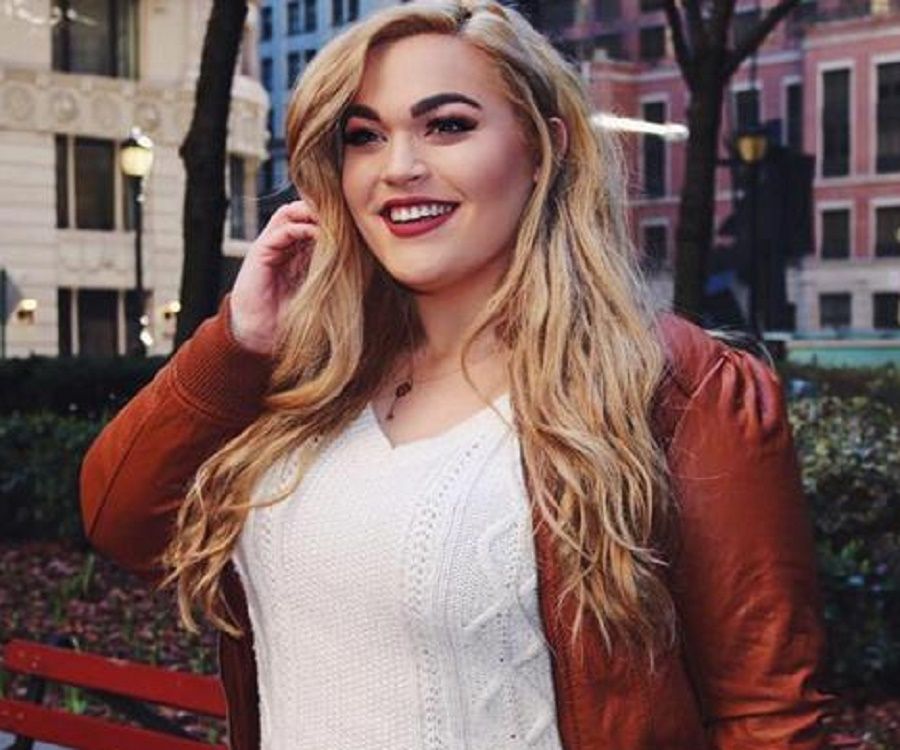 She began a campaign in 2016 to request that Disney add a Disney Princess with curves. She also said that it was past time for Disney to consider a plus-size model. Lane has another vlog called ‘The Not So Little Mermaid,’ in which she discusses her inability to connect to some of the princesses despite the fact that the whole globe grew up watching Disney movies. She was also included in a Cosmopolitan magazine article, where she stressed the importance of Disney catering to diverse body types. Furthermore, at ‘NY Clothes Week 2017’ in 2017, Loey collaborated with Lauren Conrad to assist LR Collections develop into plus-size fashion. Apart from vlogging, Loey enjoys talking about paranormal stories and has always been intrigued by ghost mysteries and haunted stories. She also planned to create a novel about it, using herself as the main character. Her book, ‘Haunted in Hollywood: The Adventures of Loey Lane,’ was released in October 2017 by Adaptive Studios in collaboration with StyleHaul. Lane even went on a book tour at Barnes & Noble to promote her book. She enjoys her present profession as a YouTuber since it allows her to share her looks and ideas with a wonderful group of ladies.

She was often confronted with disparaging remarks about her weight and appearance. Because of her girth, several individuals said she shouldn’t wear exposing clothing and that she should stop spreading obesity.’ In a snarky video titled ‘Why Fat Girls Shouldn’t Wear Bikinis,’ Lane responded to this attitude. The film, on the other hand, details a series of insults sent toward Loey, including advice to never wear bikinis or shorts. The majority of the folks afterwards apologized for their cruel statements.

Lane met her future spouse in high school. Tyler was a United States Army officer’s name. They had an on-again, off-again romance for seven years before deciding to marry. In 2012, the pair married. Tyler and she relocated to Kansas. However, there is a chance that things between the pair are not going well. Lane said in an interview that she is no longer the wife of an Army officer. Lane is often seen with her manager, Jake Webb. The couple explores various locations together and does not hesitate to post photos of each other. She hasn’t revealed her present relationship status since she has been preoccupied with her Youtube business. However, there is no evidence to support this relationship. They may be great pals. She has mentioned that she prefers not to discuss her personal life too much.

She is 5 feet 5 inches tall and weighs around 90 kg. Lane is a self-assured and great individual. She carries a dress size of 14 inches and a shoe size of 8 (US). Furthermore, she often dyes her hair in various hues, making it impossible to determine her original hair color. She does, however, have a set of hazel eyes. Her waist and hip measurements are also 34 and 40 inches, respectively. Lane exudes positivity and encourages plus-size women to embrace their bodies.

She is active on a variety of social networking platforms and has a sizable following. Lane’s Instagram account, ‘@loeybug,’ has over 651K followers.

She’s also active on TikTok, where she has over 2.3K followers and 178K likes. In addition, her official Facebook profile has over 157K fans. Her Twitter account, meanwhile, has over 131K followers. Leyland, her primary YouTube channel, has over 2.11 million followers.

She also has a vlogging channel called ‘Loeybug,’ which has 156K followers. When it comes to her earnings and net worth, there is little question that this skilled social media phenomenon will amass a sizable fortune. Per the Instagram post, she makes a fair amount of money. Her net worth, on the other hand, is projected to be approximately $493,000. Lane’s net worth is the result of her successful career as a YouTuber and Vlogger.