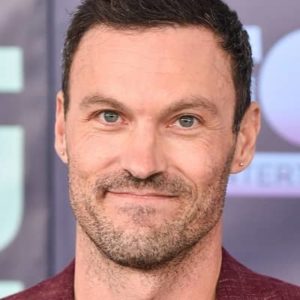 Brian Austin Green is an actor, producer, and rapper from the United States. Brian Austin Green is most known for his portrayal of David Silver in the TV show “Beverly Hills, 90210.” Other films and TV series on which he has worked include “Terminator: The Sarah Connor Chronicles,” “Freddie,” “Wedding Band,” and “Anger Management.”

Brian Austin Green is a 47-year-old actor who was born on July 15, 1973. He was born in the United States, in the city of Los Angeles. When it comes to his family, his mother Joyce, and his father George Green are his parents. His father is a musician who performs in the country and western genres. He usually accompanied his father to numerous performances. As a consequence, he became interested in the realm of music as well. He also has a sister called Lorelei and a brother named Keith. Brian Green was his given name when he was born. To set himself apart from other actors, he added the middle name “Austin.” It was when he was a youngster and joined the Screen Actors Guild. He was born and raised in North Hollywood, where he graduated from North Hollywood High School. He went to Hamilton High School Academy of Music before that. Brian Austin Green is a professional actor, rapper, and producer. He is best known for playing David Silver on the television show Beverly Hills, 90210, which ran from 1990 to 2000. He also starred in Terminator: The Sarah Connor Chronicles, Freddie, Wedding Band, and Anger Management as a series regular. Between 1986 to 1989, he had his first full-time TV acting role as “Brian Cunningham” on Knots Landing. Later in his career, he participated in a number of television movies, including Her Costly Affair in 1996 and Unwed Father in 1997. In addition, he appeared as a guest star on episodes such as Saved by the Bell: The College Years and Sabrina the Teenage Witch. In the year 1996, he also launched an album in the realm of music. “One Stop Carnival” was the title of this record, and he is still making songs. He concentrates on hip-hop in particular. He continues to produce music in his personal studio as well as with his production firm. He’s also appeared in the indie flicks Purgatory Flats as “Randy Mecklin” and Cock & Bull Story as “Jack O’Malley” and as “Luke Bonner” in Resurrection Blvd.

In 2010, he and Megan Fox were on vacation in Hawaii. Following this, photographer Delbert Shaw filed a lawsuit against both Megan Fox and him for allegedly attacking him while on vacation in Hawaii in 2010. The case was filed in Los Angeles County Superior Court by the photographer. In June 2012, he said that he was defending himself against Shaw and that Fox should be excluded from the litigation.

Generosity Water is backed by Brian Austin Green and his ex-wife Megan Fox. They have helped the group by funding the construction of over 10 water wells. In addition, on September 1, 2018, the actor held a charity event to benefit the organization via his podcast. Ian Ziering, the actor’s Beverly Hills, 90210 co-stars, was also present at the charity event. On August 31, 2019, he held a second fundraiser for the charity. Ian Ziering, Gabrielle Carteris, Carol Potter, Douglas Emerson, Joe E. Tata, and Christine Elise McCarthy, his Beverly Hills, 90210 costars, were also in attendance. He and his ex-wife Megan Fox also cohosted the Omaze “Fight4theAmazon” campaign in October 2019.

From 1992 until 1995, he dated Tiffani Thiessen, a costar from Beverly Hills, 90210. Then, in 1999, he began dating Vanessa Marcil, another castmate from the same play. In July 2001, the couple married and had a son called Kassius Lijah Marcil-Green. On March 15, 2002, Kassius was born. The pair had intended to marry the following year, but their romance ended in 2003.

He started dating actress Megan Fox in 2004. When he was 30 years old and Megan was just 18 years old, they met on the set of Hope & Faith for the first time. He was originally reluctant to establish a relationship with Megan Fox because of their age gap, according to Megan Fox. “I had to persuade him that I was significantly more responsible and well-spoken and that I had other things to contribute to the table than being 18,” she said. The couple was engaged in 2006, however, their engagement was called off in February 2009.

Megan and he revealed that they were engaged once again in June of 2010. The couple married a few days later, on June 24, at the Four Seasons Resort on the island of Hawaii. Megan Fox, on the other hand, filed for divorce on August 21, 2015. It had only been a few days after the couple had declared their split. In early 2016, the couple reconciled once again. Then, on April 25, 2019, Megan Fox filed a motion in Los Angeles, California, to have the divorce dismissed. After almost ten years of marriage, the actor and Megan announced their separation in May 2020.

Brian Austin Green joined Twitter in February 2017 when it came to his social media presence. As of November 2020, his @withBAGpod account has over 25.4k followers. He’s also on Instagram, where he goes by the handle @brianaustingreen. This account has over 521k followers and 300 shares. Moving forward, as of November 2020, his net worth is estimated to be about $8 million dollars.