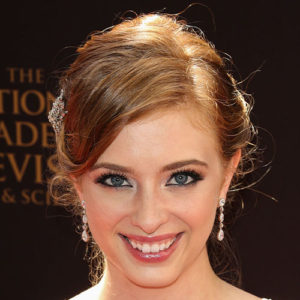 Ashlyn Pearce is an American actress who came to prominence after starring in the drama television series The Bold and the Beautiful as Alexandria Forrester. She also appeared in the drama TV series Salem as Alice, a prominent character.

When it comes to her schooling, she hasn’t divulged any information.

Ashlyn Pearce has a height of 5 feet 8 inches but her weight and other body measurements are unknown. Similarly her hair color and eye color are unknown.

In 2011, Ashlyn Pearce started her acting career by appearing in short films such as Chapter I: Encounter, Chapter II: First Date, and Chapter III: Nightmare. She played Anya in the short film The Madame the next year. From 2013 to 2015, she played Alexandria Forrester in the drama series The Bold and the Beautiful, in which she appeared in 162 episodes.

The CBS network broadcasted the sitcom, which starred Katherine Kelly Lang and Ronn Moss. She starred as Alice in the TV program Salem in 2016. Autumn was her character in the thriller 5150, which was published later that year. Michael Cory Davis directed the film, which featured actors Kirby Johnson and Daffany McGaray Clark. In addition, she appeared in two shows in 2017: Hand of God and American Vandal. Then, in 2019, she starred in the film Deadly Switch as Camilla.

For her great performance in the drama TV program The Bold and the Beautiful, Ashlyn Pearce was nominated for a Daytime Emmy Award in 2016. For her, it was a tremendous honor.

Who is Ashlyn Pearce’s Boyfriend?

She is now in a relationship with a man called Michael Soloman. Their romance started in 2015. On her official Instagram account, she has multiple images with him.

Ashlyn Pearce is very active on social media and often posts photos. She has 35.1K followers on Instagram and has 17.4K followers on Twitter. Likewise, she has more than 6.5K followers on Facebook.