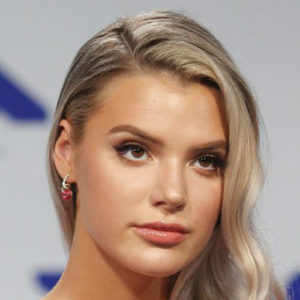 Alissa Violet is an American model, Instagram personality, and YouTuber known for her self-titled YouTube channel’s comedic videos. Furthermore, she was a member of the “Team 10” online organization.

Alissa Violet was born in the United States on June 12, 1996, in Brunswick. Alissa Violet-Marie Butler is her full name. Gemini is her astrological sign. Her nationality is American, and her ethnic origin is white. At the present, she hasn’t spoken anything about her parents. Her additional relatives include two brothers whose names are unknown.

Regarding her education, she attended Brunswick High School and graduated in 2014.

Alissa Violet began her career in 2013 by sharing funny videos to various sites such as Instagram and Vine. She has also been signed by Next Models, a modeling agency. She has worked with well-known Vine stars such as Jake Paul and Logan Paul.

She also collaborated with prominent Vine artist Piques on a video titled “A woman always gets what she wants…” The video was well-received by the public.

She joined the musical ensemble “Team 10” as well. Tessa Brooks, Jake Paul, Nick Crompton, and others are among the group’s other members. She joined another group, CloutGang, which was founded by FaZe Banks, before quitting the organization.

Alissa also had the opportunity to walk the red carpet for the 2016 premiere of the comedy film “Natural Born Pranksters.”

Furthermore, she began her acting debut as Kylie in the series “The Deleted.” She played the role for four episodes. In 2019, she played Veronica in the film “Infected: The Dawning.”

Who is ‘s Boyfriend?

Alissa Violet is currently single. Jake Paul, a well-known YouTuber, was her previous boyfriend. They met in high school and have been friends ever since. Their romance began in the year 2016. They parted up the next year.

After that, she dated Faze Banks, another YouTuber. Their admirers idolized them, and they even referred to them as “Balissa.” In the year 2019, they called it quits on their romance.