Alexis Ryan was formerly known as ‘Skylander Girl’ on the internet. Alexis Ryan is a YouTube personality who has been on TheSkylanderBoy AndGirl, FUNnel Vision, FGTeeV, and DohMuchFun.

Alexis Ryan was born on July 24, 2006, in the United States. She is an American citizen who hails from the United States. She will be 14 years old in 2020, and her zodiac sign is Leo. Vincent and Samantha Ryan have four children, and she is the eldest of them. She also has three younger brothers, Skylander Boy (also known as Michael), Chase, and Shawn.

In addition, she is known as Lexi or Lex. The toys-to-life action 3D platformer video game series “Skylanders” inspired her moniker “The Skylander Girl.” Similarly, several of her family are active on YouTube and have their own channels, where Lexi and her brothers sometimes feature.

In March 2016, her two aunts, Elyssa and Heidi, who first featured on their original channel, launched their own YouTube channel, ‘Funkee Bunch.’ Ethan McKinnon, her cousin, is also a YouTuber who operates the Minecraft Ethan channel.

Alexis became well-known as a result of her appearances on their family’s YouTube channels. ‘FUNnel Vision,’ the first of these channels, was launched on December 4, 2006, only a few months after she was born. ‘Baby Eating Salt and Vinegar Chips!’ was their debut video.

On August 25, 2007, a one-year-old girl appeared in the film ‘First Time Trying & Eating Reaction!’ On May 20, 2008, they released their next video, which included her 4-year-old baby aunt Elyssa dancing. The third film, which included her 9-month-old brother Michael, was published on August 28, 2009, more than a year later. They grew more frequent after that and produced a lot of films over the following year. 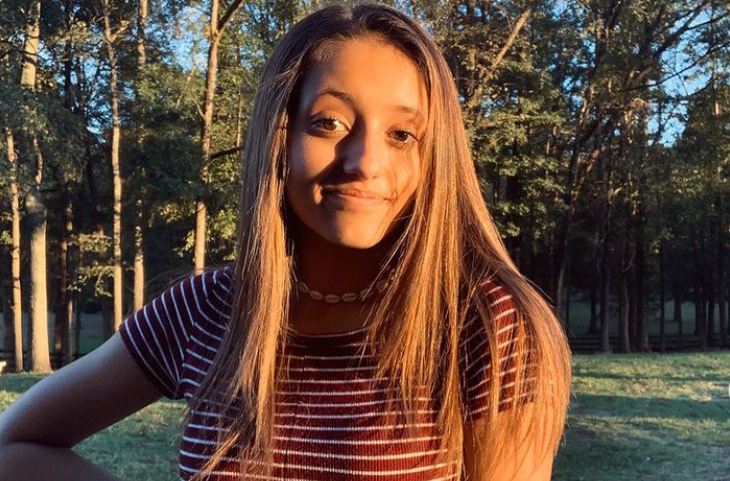 The music video for ‘Raise Your Glass’ was released on June 6, 2010. It included her father, brother, and two aunts, Elyssa and Heidi, who officially presented her as Lexi. They launched three new YouTube channels as their fame grew: ‘TheSkylanderBoy AndGirl’ in November 2012, ‘FGTeeV’ in March 2013, and ‘DohMuchFun’ in March 2015. ‘FUNnel Vision,’ its own channel, has over 6.3 million subscribers. Similarly, one of their new channels, ‘FGTeeV,’ has already reached a subscriber base of 15.9 million. Across their four YouTube channels, the family has over 9.5 million subscribers.

The Skylanders are noted for their creative and amusing family-oriented material that appeals to children of all ages. Food challenges, vlogs, skits, road trips, fright cam films, holiday videos, and footage of children’s birthday parties are all included on their own channel, ‘FUNnel Vision.’ ‘FGTeeV’ is a family gaming channel that features scripted and improvised comedic content centered on gameplay and reviews of games such as ‘Minecraft,’ ‘Angry Birds,’ ‘Five Nights At Freddy’s,’Mario Kart,’Disney Infinity,’ and ‘Super Mario Maker.

‘ ‘TheSkylanderBoy AndGirl’ is a YouTube channel dedicated to skits, techniques, advice, competitions, music, and unboxing videos. On their newest channel, ‘DohMuchFun,’ they post videos of kids playing with toys. She also appears on all four channels on a regular basis and is known as ‘FGTeeV Lexi’ due to her presence on the channel ‘FGTeeV.

‘ She first demonstrated her singing and rapping abilities in an early video titled ‘Raise Your Glass Music Video,’ which was aired on their initial channel when she was about four years old. She also sings and raps in their videos as well as the tracks uploaded online. Furthermore, she has a prominent TikTok account under the pseudonym ‘@Lex 0724’.

In terms of her personal life, she is much too young for any type of commitment. She’s merely a young adolescent who lives in her own fantasy world. She still has a long way to go in her profession.

For the time being, dating and having a boyfriend are only discussed in the future. In the future, we hope Alexis finds the kind and attractive man she deserves.

She is a lovely young lady with a charming personality. She has a lovely soul as well. She stands at a height of 4 feet 8 inches and weighs roughly 43 kg. She hasn’t revealed any more information about her body measurements. She does, however, have a trim and attractive physique. She also has dark brown eyes and hair that is the same color as her eyes.

Over 2.53 million people have subscribed to their YouTube channel, ‘TheSkylanderBoy AndGirl.’ Similarly, their ‘FV FAMILY’ has amassed a following of over 6.3 million people.

Her personal earnings have not been disclosed. The family YouTube channels, on the other hand, make a lot of money from their many YouTube channels. As a result, the family’s net worth exceeds $30 million.