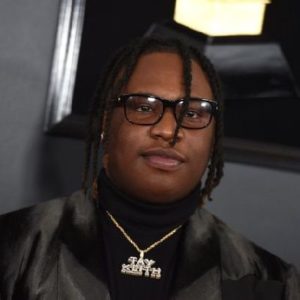 Tay Keith is a composer and record producer from the United States. After meeting fellow rapper BlocBoy JB, Tay Keith began creating songs in his early teens. He has worked on songs for well-known musicians like Drake, Beyonce, Miley Cyrus, DJ Khalid, and others.

Tay Keith was born on September 20, 1996, under the name Brytavious Lakeith Chambers. He is now 23 years old. He is originally from South Memphis, Tennessee. He learned as a child that music was his strong suit. Keith has two brothers and two sisters and is the youngest of his siblings. Their names and other data, as well as information on his parents, are not known. Nonetheless, the producer has said that he first lived with his mother before moving in with his father. Furthermore, musicians like Three 6 Mafia, 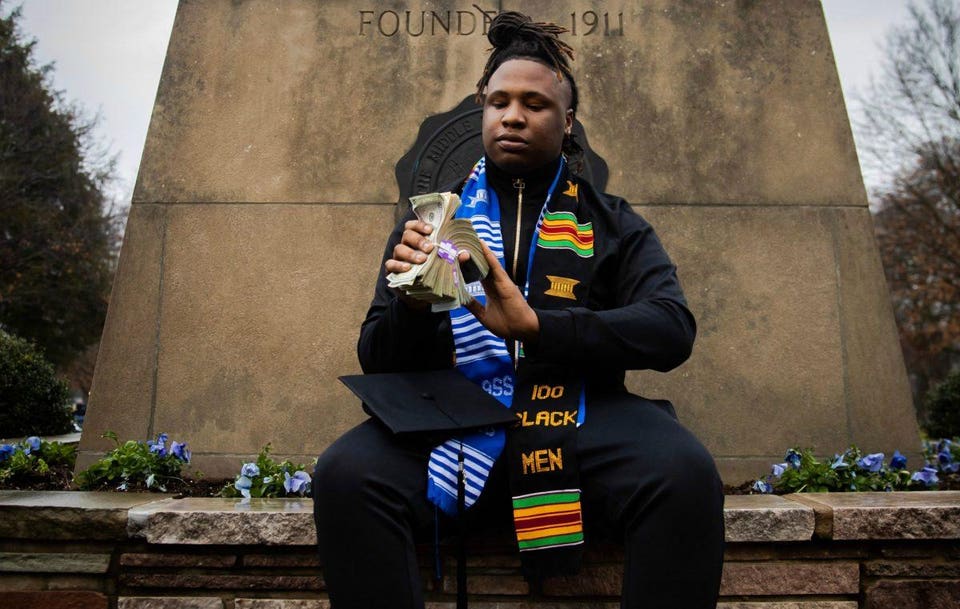 Playa Fly, and 8Ball & MJG performed in the area where he grew up. He is also the first member of his family to work in the music business, and his brothers rap as well. In terms of his schooling, he attended Middle Tennessee State University (MTSU) and majored in Media Management. He previously attended White Station High School, where he graduated with honors. He also said that while at MTSU, he learned a lot about royalties, mechanical royalties, performance royalties, and copyright. He also started making music at the age of fourteen and uploading it to YouTube and DatPiff. He also utilized his keyboard to compose music and recreate well-known melodies. Lil Wayne’s Lollipop was one of the songs he was able to recreate. He eventually went to North Memphis’ Raleigh neighborhood, where he met American rapper BlocBoy JB when he was 14 years old. The two then started collaborating on music.

Tay Keith is a composer and record producer. With the success of Drake’s collaboration “Look Alive,” producer he cemented his place in the rap zeitgeist with longtime friend and colleague BlocBoy JB. Following up on “Look Alive” with “Rover 2.0,” the Memphis producer got his first number one hit with Travis Scott’s “Sicko Mode,” as well as collaborations with Eminem and Lil Baby. At the age of 14, he discovered his talent for producing while studying at home and releasing beats to audio streaming services. He rapidly built a close and working relationship with local rapper BlocBoy JB after coming to Raleigh and was fast to contribute beats for the rapper’s first mixtape, Who Am I, in 2016. Mastering both the clacking drawl of local production styles and the faster pace of mainstream trap, the producer worked on mixtapes such as Blac Youngsta’s F*ck Everybody, Moneybagg Yo’s Heartless and Federal 3X, and BlocBoy’s Loco, Grape Juice, The Purple M&M, and Who Am I 3 from the mid to late 2010s. After catching the notice of worldwide superstar Drake, the Memphis collaborators collaborated on the 2018 track “Look Alive,” which reached number five on the US singles chart. This song was also in the Billboard top ten for four weeks. Furthermore, when he composed this song, he was just a senior at Middle Tennessee State University. This song was also their first foray into the public for both singers. With all eyes on the pair, 21 Savage was quickly enlisted for the remix tune “Rover 2.0.” He’s also been featured in magazines like Hype Beast and XXL.

Keith got producing work for Travis Scott’s forthcoming ASTROWORLD LP via his Drake co-sign, working with musicians including A$AP Rocky and G-Eazy. The result was the co-produced “SICKO MODE,” the first hip-hop song to stay more than 30 weeks in the Top Ten slots on the list. The track gave Keith his first number one hit, as well as two Grammy nominations later that year. Now a household name in hip-hop, the Memphis producer continues to collaborate with some of the industry’s greatest stars, releasing massive songs including Eminem’s “Not Alike,” Drake’s “Nonstop,” and Lil Baby, Gunna, and Drake’s “Never Recover” towards the end of 2018. In 2019, the producer also branched out into pop. After working on Beyoncé’s “Before I Let Go,” the Memphis producer collaborated with Miley Cyrus on “Mother’s Daughter” and DJ Khaled on “Wish Wish,” as well as Denzel Curry on “Automatic” and Gucci Mane on “Came from Scratch,” “Look at Me Now,” and “Bottom.”

When asked about how the young producer got started in the industry, he replies he was primarily self-taught. He first learned to rap and record on Mixcraft by watching his brother, and then he did it on his own computer. Drumma Boy and Memphis Track Boy, on the other hand, provided his sound advice. Lil Lody, another producer, also aided him. They all offered him plenty of advice since they were all from Memphis and had moved out as well. He also met Drumma Boy at an artist event in Atlanta and Memphis Track Boy on his way to the studio.

Drumma Boy also provided him advice that he still remembers to this day, saying, “Basically, be cautious about who you work with when it comes to publishing. Every musician and producer has their own publication and merchandise; just be cautious who you pick to acquire your merchandise from.” When he started producing for Blac, he collaborated with Balc Youngsta on a single. He had previously created the song “Whole Life” on his cassette when he originally signed with CMG. He performed three beats on his second cassette, Young and Reckless. From there, he released Fuck Everybody, a mixtape on which he produced “Lil Bitch,” the mixtape’s song. It has been four years since then.

There is no information about the relationship status of the young producer. He’s still young, so he may be single. Perhaps he has a sweetheart but prefers to keep it hidden from the public eye. Tay Keith is also working hard to further his job as a producer while simultaneously continuing his schooling at such a young age. Furthermore, he has avoided unneeded rumors and controversies in both his personal and professional lives.

In terms of physique measures, he is 1.64 meters tall and weighs about 87 kg. Other bodily measures, such as his chest, waist, hips, biceps, dress size, and shoe size, are unavailable. He also has black eyes and hair that is the same hue. His dreadlocked hair is another physical characteristic that draws people to him.

When it comes to Tay Keith’s social media presence, he is a verified Twitter and Instagram member. He started using Twitter in October 2013 and now has 124.7k followers. As of April 2020, he has 553k followers and 50 posts on Instagram. He also has a 918-subscriber YouTube channel.

For more information, we may contact him at [email protected] Moving forward, his net worth is estimated to be in the $1 million range. He makes money through making music and sometimes DJing. There might be other ways for this young record producer and composer to make money. Furthermore, songwriters earn an average of $43k each year.