Breaking In, Imaginary Mary and Schooled were all created by Adam F Goldberg, an American producer, and writer best recognized for his work on television. Adam F Goldberg also produced The Goldbergs, a biopic based on his own upbringing.

Adam was born into a Jewish family in Philadelphia, Pennsylvania, as the youngest child. On April 2nd, 1976, he was born to Beverly and the late Murray Goldberg.

With two older brothers, Barry and Eric, he grew up in Jenkintown. He has always loved to write and has been doing it since he was a child. Dr. Pickup, his first play, was produced when he was 15 years old. He won the top award at the Philadelphia Young Playwrights Festival after that. 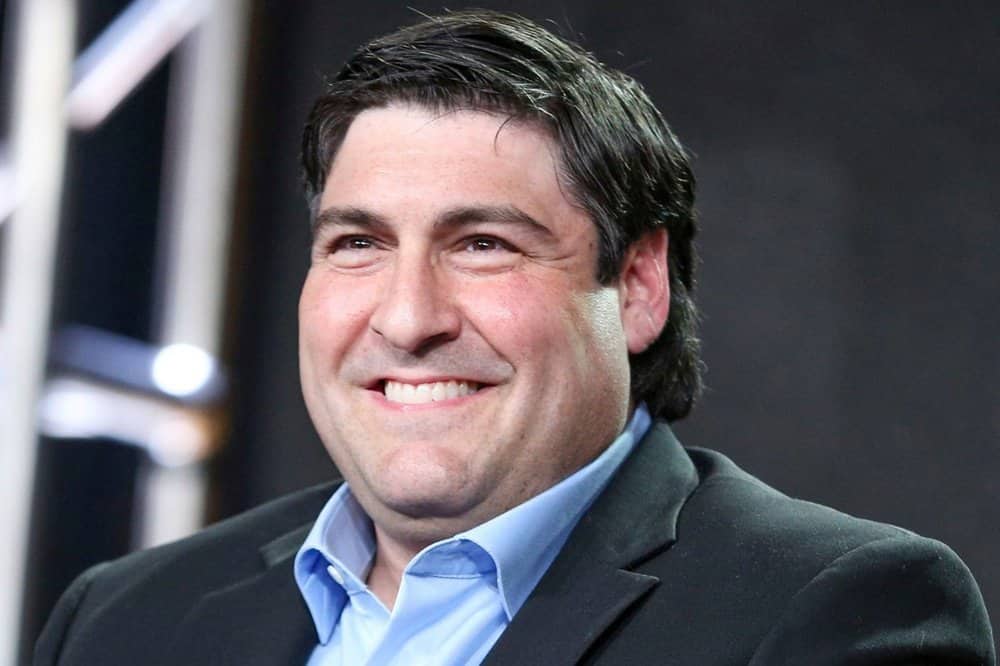 In Philadelphia, Pennsylvania, Goldberg attended William Penn Charter School. He intended to pursue his boyhood enthusiasm as a professional path after high school. As a result, he relocated to New York and enrolled in New York University in 1994. In 1998, he received a double degree in cinema and dramatic writing.

Adam, a native of Pennsylvania, began creating theatrical plays when he was 15 years old. Similarly, before graduating, he wrote a number of plays that were performed all across the nation. By the age of 18, he had written almost 50 plays. In 1995, he received the Anne M.

Kaufman Endowment ARTS Award for Playwriting from the National Foundation for the Advancement in the Arts. For his full-length play, One on One, he even made it to the finals of the 1997 American Theater Critics Association’s Osborn Award.

In 2003, he shifted his focus to screenplay after a successful theatrical career. He got his start writing humor for the show Still Standing. He spent four years with the group, eventually becoming a co-producer. ‘Day Watch,’ a 2016 fantasy thriller, was also co-produced by him. Meanwhile, he was working on the script for Fanboys alongside Picture Machine, Triggerstreet, and a college buddy, Kyle Newman. It was later purchased by The Weinstein Company.

On television, Goldberg collaborated with Happy Madison. Seth Gordon, the director of King of Kong, introduced him to Happy Madison, and the two collaborated on the 2011 Fox comedy series Breaking In. Prior to Breaking In, he worked on series such as ‘Secret,’ ‘Girlfriend,’ ‘Voltron Force,’ and ‘WordGirl.’ He then signed a three-year overall agreement with Sony Pictures Television in 2011.

He worked as a producer on NBC’s ‘Community’ at this period. Meanwhile, he was approached about filming an autobiographical program about his family called ‘How the F—- Am I Normal?’ Later, ABC bought up the sitcom and renamed it ‘The Goldbergs.’ Besides, she was a co-producer on ‘Imaginary Mary’ and the ‘Schooled spinoff series from ‘The Goldbergs.

Adam has created a successful profession out of writing, which he began as a boyhood hobby. He has been a well-known member of the theatrical, television, and film industries. He now has a net worth of $10 million at the age of 44. Furthermore, with his current concerts and future ambitions, he will undoubtedly get wealthier over time. 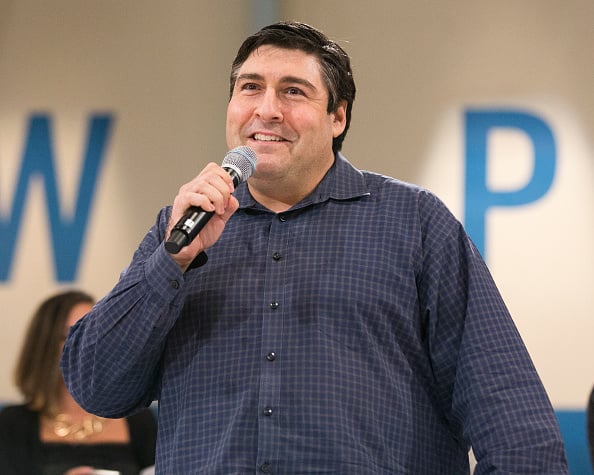 Despite the fact that Goldberg is a media celebrity who has a full show on his youth, he remains secretive about his marriage. Sarah Goldberg, Adam’s long-term girlfriend, married him.

She works as a psychotherapist. When he was 16, they met in a summer theatrical program for high school students at Northwestern University. Apart from that, he has not revealed any information about his present relationship status or his children.

Goldberg is in his early forties but seems to be in good health and is still quite active.

He is of ordinary height, although he is a little overweight and has a protruding stomach. With creases on his face and grey hair, he is showing signs of aging. However, no information on his specific bodily measurements is accessible. When it comes to Adam’s online presence, he isn’t much of a social media user.

Currently, he is active on Twitter. He does, however, have a sizable fan following of 133.8k followers. He uses the handle @adamfgoldberg and primarily tweets about his career.