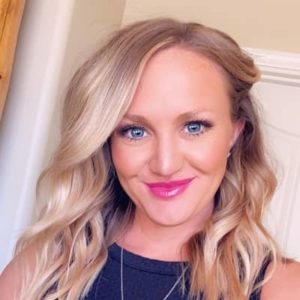 She made headlines after starring on “The Curse of Oak Island,” a reality program.

Vanessa Lucido was born in the United States of America in the year 1990. As of 2021, she will be 31 years old and of American nationality.

She, too, is a believer in Christianity. Moving on to her family, she was born to Lou Lucido, her father, and her mother, whose name is unknown. Her father used to own a drilling company, and she learnt how to drill from a young age.

Her mother, on the other hand, was the lone woman on the Salt Lake City Olympic Committee in 2002.

She also has two brothers, the identities of whom she does not reveal. Her aunt is also the owner of a blasting firm. Her parents also purchased a farm when she was four years old. She grew up with horses and drilling rigs.

When it comes to her educational background, she attended a local private school. She then enrolled at the University of Utah and earned a Bachelor’s degree in Humanities and Business Administration.

In 2016, she went on to get her Master’s degree in Business Administration from the same institution.

Vanessa learned every aspect of the drilling profession at her father’s drilling contracting firm, Becho Inc. She shared a workplace with her two brothers.

She served as a safety director at Becho Inc. from 2008 until 2011. In 2011, the family decided to sell Becho Inc. Following that, her father founded ROC Equipment.

Her father died unexpectedly in an industry-related accident in 2012. It was assumed that the Lucido family’s business would be run by the first of three siblings to graduate from college. She was the first woman to acquire a bachelor’s degree, as well as a B.A. and an MBA. Her father’s untimely death taught her how to be courageous, astute, and resolute. 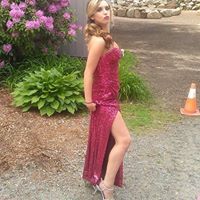 She ultimately began working as the CEO of ROC Equipment at the age of 26. ROC Equipment has developed to become a multibillion-dollar foundation equipment company. Her safety training and contractor field experience were quite useful.

Based on her knowledge, talents, and experience, she also suggested improvements to their equipment. She also participates actively in the company’s activities. She is an ASCE, DFI, and ADSC member, as well as an exhibitor at respective events.

She’s also the creator of a children’s toy company. Her efforts are featured in the sixth season of the History Channel’s reality television series Curse of Oak Island. She appears in the series as a treasure hunter accompanying Rick and Marty Lagina with the drilling of borehole H8.

Vanessa’s exact net worth and income have yet to be released, but she is undeniably wealthy, with a net worth believed to be in the millions.

Vanessa’s marital status is still unknown. Even though she has a great bond with her family and friends, there is no hint or proof that she is dating or has a partner.

According to some accounts, she is the mother of a child. Due to a lack of evidence concerning her marriage and the child’s identification, it remains unconfirmed.

The attractive entrepreneur has blonde hair and a set of dazzling blue eyes, which help to enhance her body measures.

Her real physical measurements, such as height, weight, chest-waist-hip size, and so on, are not accessible.

When it comes to her social media presence, she seems to be inactive on all of them. We couldn’t locate her on any of the major social media platforms, including Facebook, Instagram, and Twitter.