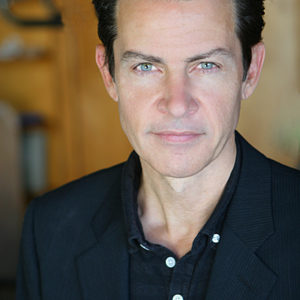 Vance Degeneres is a well-known actor, comedian, musician, and film producer from the United States. Vance DeGeneres is also a screenwriter, which adds to his impressive resume. DeGeneres is well-known for his talents in both television and film. Let us learn more about the personal and professional lives of the most well-known star.

Vance Elliott DeGeneres is DeGeneres’ birth name. On September 2, 1954, he was born. He is currently 67 years old. And he was born in the city of New Orleans, Louisiana, in the United States. Furthermore, DeGeneres is of American nationality, but his ethnicity is unknown. Based on his date of birth, Virgo is his zodiac sign.

In addition, his parents’ names are Elliott and Betty DeGeneres. In 1973, their parents had divorced. He is the younger brother of a well-known television broadcaster and comedian.

Ellen moved to Atlanta after her parents divorced. Vance, on the other hand, stayed in New Orleans with their father. In terms of other family members, Portia de Rossi is his sister-in-law. Despite this, there are no facts concerning DeGeneres’ educational history available.

DeGeneres began hosting a radio show called New Wave New Orleans in the late 1970s during the early phase. He also used to be a member of the band The Cold, where he played the bass guitar and wrote songs. Surprisingly, Vance DeGeneres was “The Mr Bill Show’s” first “Mr Hands.”

In 1991, the well-known celebrity worked on NBC’s Eerie Indiana as a staff writer. After two years, he co-wrote Lost Angels, an ABC pilot script with Karl Schaefer. He also wrote and produced 9 Line from 1994 to 1995. In 1995, he co-created and co-hosted Movies Schmoovies with Emily Cutler. In 1995, he and Alex Herschlag co-created and co-hosted The 4th Floor Show, a comedy show.

DeGeneres has worked as a writer on the Academy Awards, Emmy Awards, and Grammy Awards. He eventually co-founded the Capitol Records rock band House of Schock with Gina Schook, drummer for The Go- Go’s. In addition, he was a member of the New Orleans-based band Cowboy Mouth, where he played musical instruments. He made an appearance on The Ellen DeGeneres Show in 2006.

Aside from that, he was a correspondent on Jon Stewart’s The Daily Show from 1999 to 2001. The host co-created and hosted Your Local News with Andy Lassner at Fox in 2002. In addition, he was named co-president of Warner Bros.’ Carousel Productions. She was also an executive producer on the Showtime comedy Inside Comedy.

Presently. He has a television development deal with Warner Bros.’ Telepictures Productions. DeGeneres and Rick Springfield made the internet series Rick Springfield & Vance DeGeneres Present the Miniseries: the 60 Second Guide to Songwriting with a Partner during the coronavirus epidemic in 2020.

As a result, he worked on Ellen’s Game of Games as an executive producer. In the year 2020, it was shown on NBC.

Vance’s estimated net worth is around $8 million, as he is a well-known personality. Other information about him, such as his personal items, annual pay, and other endorsements, is kept private.

Vance is a happily married man in his personal life. Joanna Brooks and he had tied the knot. Joanna Brooks is a novelist from the United States. After dating for a while, the pair decided to share vows with each other. The date of their wedding is August 17, 2013. However, the couple has yet to have children.

His first wife, Mimi DeGeneres, was his previous wife. In the year 1990, they tied the knot. However, they were legally divorced in 1991.

Vance has kept his body in good shape in terms of measures. As a result, he is 5 feet 11 inches tall. He, too, weighs roughly 59 kg. Vance is a young man with black hair and blue eyes. Other details, such as his actual physical measurements, chest size, hip size, and shoe size, are not available to the public.

Vance is also moderately active on a number of social media channels. He is the only owner of his Instagram and Twitter accounts. However, he does not appear to have a Facebook account that is legitimate and confirmed. With the username @vancedegeneres on Twitter, he has almost 5k followers. Vance has 26k Instagram followers under the handle @vancenotvance.