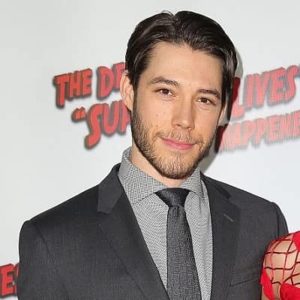 Matthew Rhode is a voice actor and movie trailer announcer from the United States. Matthew Rhode is also known for being the husband of Adrianne Curry, a well-known American fashion model, actor, and TV personality.

Matthew Rhode was born on April 19, 1982, and in the year 2021, he will be 39 years old. His zodiac sign is Aries, and he was born in Louisville, Kentucky. There is no information on his parents, siblings, or other members of his family. He has also been tight-lipped about his school background and other personal characteristics.

Matthew Rhode works as a voice actor and announcer for movie trailers. He’s also taped ads and network promos for television. Progressive Insurance, Miller Lite, and Chevron all hired him as a voice actor. He also provided the voice for Grand Theft Auto V, a video game. He has also appeared in advertisements for Powerade and JC Penney. In addition, he became a Twitch premium partner. Under the handle @Ducksauce, he would stream hilarious broadcasts. His Twitch channel has almost 290,000 subscribers. Similarly, the trailer for Hugh Jackman’s film Logan included his voice.

He has also recorded various movie trailers, TV advertisements, and network promos as a professional voice actor. Despite working on multiple ads, he didn’t get his big break until he was at a New York agent’s office. It was when the agency’s head of voice-overs overheard him conversing in another room. His talent was immediately recognized by the head. The agency immediately signed him after a brief introduction. Soon after, he began working as a voiceover artist. He began his career in radio, working for companies such as Progressive Insurance, Miller Lite, and Chevron. He also made a contribution to one of his favorite pastimes, video gaming. On Rockstar Games’ Grand Theft Auto 5, he worked on a range of projects. At the same time, he became a Twitch TV premium partner. This is a popular gaming live streaming service. Many brands approached him to become an influencer because of the popularity of his famous show, including ESL, Mountain Dew, CBS Interactive, St. Jude, TRUTH, Doritos, GameStop, Geico, Totinos, and XBOX. Twitch utilized him in two of its sitewide advertisements as a result of the popularity of these campaigns. He relocated to Los Angeles after discovering that his broadcast and sponsorship arrangements might provide him with a comfortable existence. It was in order for him to widen his broadcast horizons and pursue acting and voiceovers as a vocation.

Before all of this professional achievement, he was just four years old when he first learned about video games. He fell in love with it right away. Even now, he considers video gaming to be a never-ending interest to which he invests the most of his spare time. He moved to Miami when he was just 18 years old. Initially, the voice actor worked at Bell South in phone sales. He was informed again and over that he had a wonderful voice there. He left this employment after a while and relocated to New York to pursue a career in acting. He studied for two years at the Neighborhood Playhouse School of the Theatre in New York. As he tried to make ends meet, the voice actor embarked on several construction jobs.

Matthew Rhode is well known for being Adrianne Curry’s famous spouse. Adrianne is a well-known model, actress, and television personality. They only met after he had moved to Los Angeles for a month. Both Adrianne and he were Twitch streamers at the time. 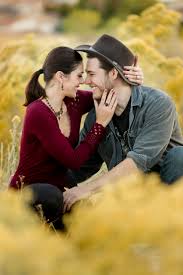 Soon after, the two partnered in both romance and business. They teamed together to establish a gaming power duo. The pair currently lives together in the same house and collaborates on branding, new media, and television projects. The pair is now based in Whitefish, Montana. On September 15, 2018, the pair eloped in Montana’s Glacier National Park. He previously had a connection with Christopher Knight. They married in 2006, but their relationship terminated in 2012. ​

Matthew Rhode stands at a height of 6 feet 6 inches (1.98 meters) and weighs around 98 kg. Apart from that, there is no information on his other bodily measurements, such as his bicep size, chest-waist-hip measurements, shoe size, and so on. Additionally, he has brown hair and brown eyes.

Adrianne has cited her husband’s Instagram handle, @bigmanoutdoors, in many of her postings. This account, however, is no longer active. Moving on, his net worth is estimated to be between $1 million and $5 million dollars.