Lily Tomlin is an actress, writer, producer, and comedian from the United States. Lily Tomlin is also well-known on Broadway, where she is known for being the first comedian to ever do a solo comedy performance.

Following her success on the program, Tomlin went on to create her own comedic videos, impersonating characters from ‘Rowan & Martin’s Laugh-In.’

She has won several honors, including the ‘Primetime Emmys,’ the ‘Tony Award,’ the ‘Woman in Film Crystal Award,’ and the ‘Grammy Award.’

Lily Tomlin was born in Detroit, Michigan, in the United States on September 1, 1939. She is a citizen of the United States. Similarly, she is 81 years old and belongs to the Virgo zodiac sign.

Mary Jean Tomlin is her full name. She was born and raised in a middle-class household in Michigan. Her parents’ names are Guy Tomlin and Lillie Mae, respectively.

Her father worked in a factory and her mother worked as a nurse’s aide. During the Great Depression, their family moved from Kentucky to Detroit. Richard Tomlin, her younger brother, is her other sibling.

Tomlin graduated from Cass Technical High School in 1957. Tomlin initially studied biology at Wayne State University. She changed her degree after auditioning for a play that stimulated her interest in pursuing a career in the theatre. Tomlin started performing stand-up comedy in nightclubs in Detroit and then in New York City after graduating from college. She then continued her acting studies at the HB Studio.

In 1965, she made her debut appearance on The Merv Griffin Show. She joined the cast of the short-lived third and final edition of The Garry Moore Show a year later.

Lily Tomlin joined NBC’s iconic comedy program ‘Rowan & Martin’s Laugh-In’ in 1969 after appearing as a hostess on ABC’s ‘The Music Scene.’ She was a regular on the program, portraying a variety of personalities.

Tomlin released her debut comedy video, ‘This Is A Recording,’ on Polydor Records in 1971. It was inspired by one of her characters from ‘Rowan & Martin’s Laugh-In,’ ‘Ernestine.’ It went on to become the highest-charting female comedian’s album. ‘

And That’s The Truth,’ her second comedy album, was released in 1972 and was based on ‘Edith Ann,’ her character from ‘Rowan & Martin’s Laugh-In.’

From 1975 through 1984, Tomlin had a number of comedic parts in films such as Robert Altman’s ‘Nashville,’ ‘Nine to Five,’ a working women’s revenge comedy, and ‘All of Me,’ in which she played alongside Steve Martin.

‘The Search For Signs of Intelligent Life in the Universe,’ written and directed by Jane Wagner, was Tomlin’s one-woman Broadway play in 1985.

In 1989, she appeared in another film, ‘Big Business,’ a comedy in which she co-starred with Bette Midler. In the film, Tomlin and Midler portrayed twin sisters.

She starred in the animated television series ‘The Magic School Bus’ from 1994 to 1997. In the series, she played ‘Ms. Frizzle.’ She also featured in a comedic TV series called ‘Murphy Brown’ about the same period.

In 1998, she was honored in Michigan’s Women’s Hall of Fame. Tomlin is a strong supporter of homosexual and feminist causes.

She appeared in the film ‘Modern Scream,’ which was a gay-friendly film. She portrayed the part of ‘Margot’ in the famous comedy ‘Will & Grace’ from 2005 to 2006. 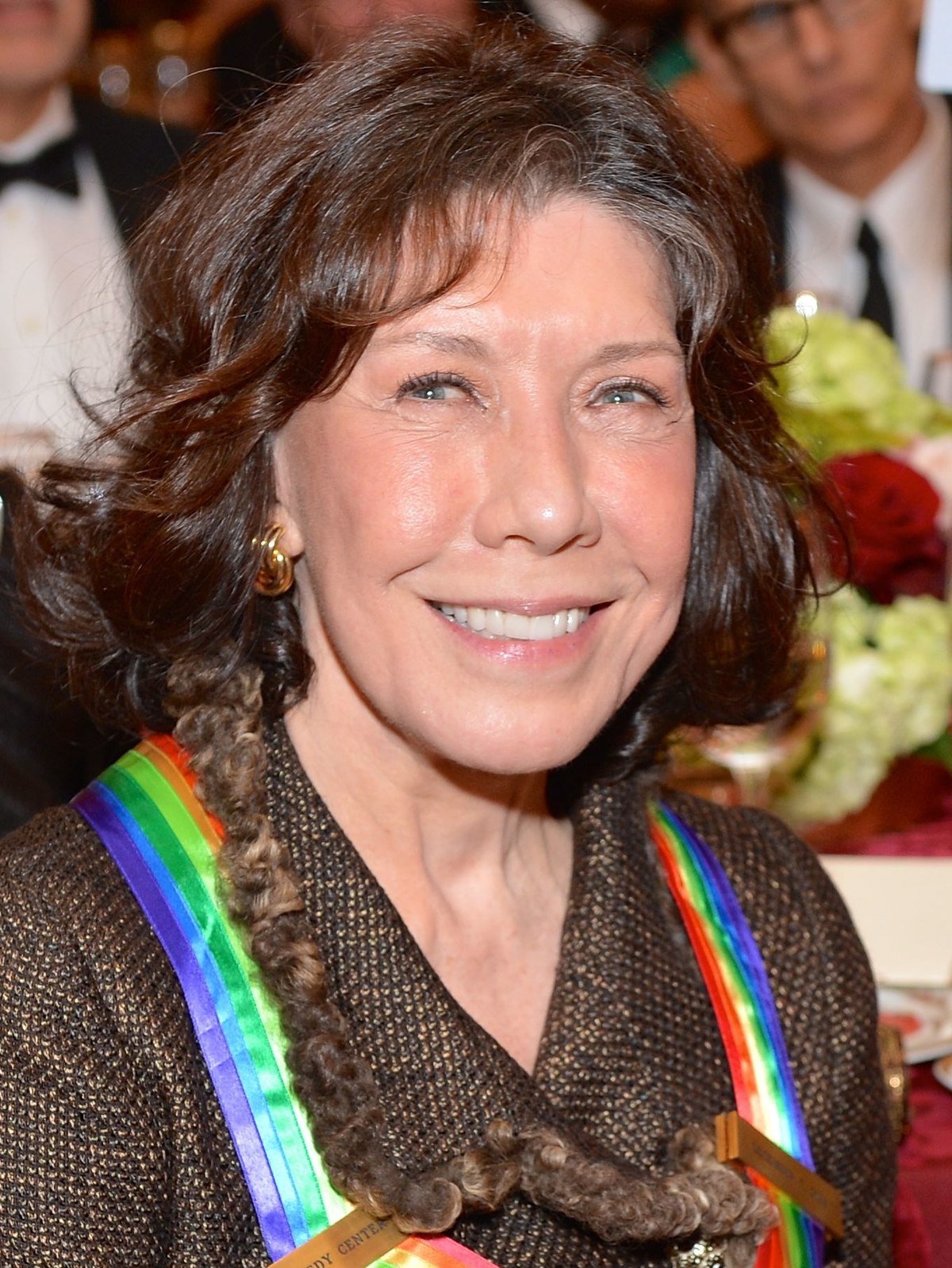 Around the same period, she was a regular on ‘The West Wing.’ Tomlin has a recurring part as ‘Roberta Simmons in the popular television series ‘Desperate Housewives’ from 2008 to 2009.

She also featured in an episode of ‘The Simpsons’ called ‘The Last of the Red Hat Mamas.’ Tomlin had a special appearance on HBO’s ‘Eastbound and Down’ in 2012. She also starred opposite Reba McEntire in the TV series ‘Malibu Country.’

She has garnered several important honors over her 40-year career, including ‘Primetime Emmys,’ a special ‘Tony Award for her Broadway production, a ‘Tony Award’ for ‘Best Actress,’ a ‘Women in Film Crystal Award,’ a ‘Mark Twain Prize,’ and a ‘Grammy Award.’

She and her companion Jane Wagner got the 345th star on the Walk of Stars in Palm Springs, California, on March 16, 2012.

For the album ‘And That’s The Truth,’ she won a ‘Grammy nomination for ‘Best Comedy Recording.’ She was one of five recipients at the annual Kennedy Center Honors in December 2014.

For the show ‘The Search For Signs of Intelligent Life in the Universe,’ Tomlin earned a ‘Tony Award,’ which was eventually made into a film.

In 2017, she was honored with the ‘Screen Actors Guild Life Achievement Award.’ Tomlin has earned ‘Fenway Health’s Dr. Susan M. Love Award for her support of women’s issues.

Lily Tomlin’s net worth is believed to be $15 million as of 2022. She has earned her wealth via her work as an actor, comedian, writer, and producer. She also owns two properties in Los Angeles, California. Tomlin is now a resident of Valley Village, California. Jane Wagner and Lily Tomlin met in 1971. Wagner is an American writer, producer, and director best known for his work on The Search For Intelligent Life in the Universe. Wagner accepted Tomlin’s invitation to collaborate on a comedy CD with her, and the two later began dating. 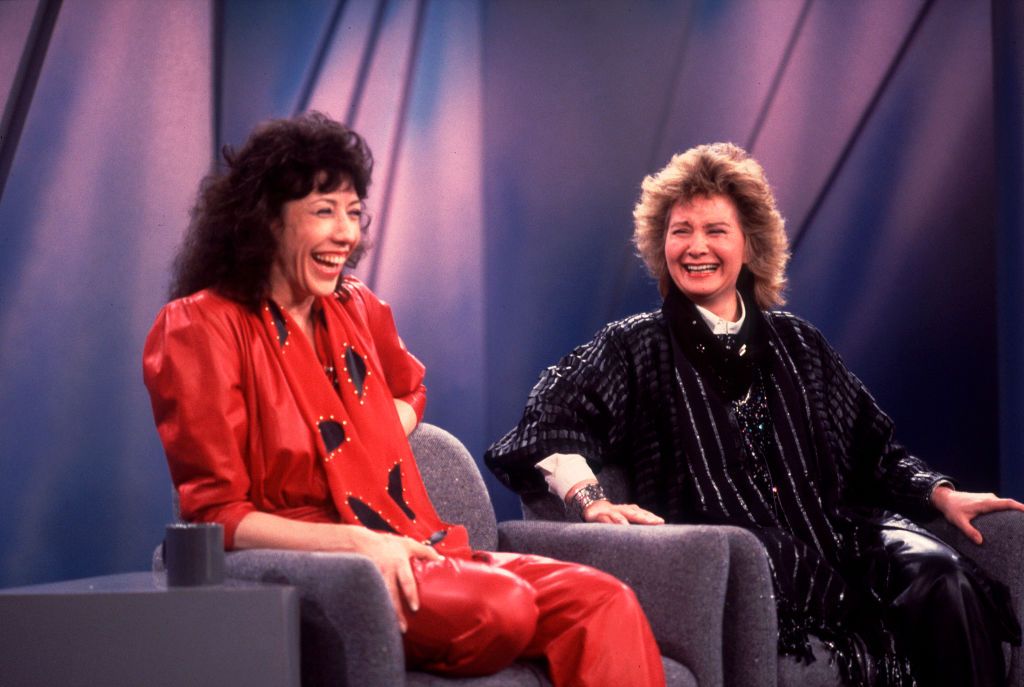 Her sexual orientation has always been out in the open for her. After 42 years of dating, Tomlin and Wagner married in a private ceremony in Los Angeles on December 31, 2013.

In 2013, Tomlin and Wagner collaborated on the film An Apology to Elephants, which was written by Wagner and narrated by Tomlin.

She has an hourglass body type due to her work as an actor. She has dark brown hair and a set of stunning blue eyes. Other details, such as her dress size and shoe size, are still lacking. Despite the fact that she is now an elderly lady, she seems to be in excellent health.

Now, when it comes to her social media presence, she is pretty active. She is active on social media sites such as Facebook and Twitter. She has 83.4 thousand Twitter followers and over 59 thousand Facebook fans.