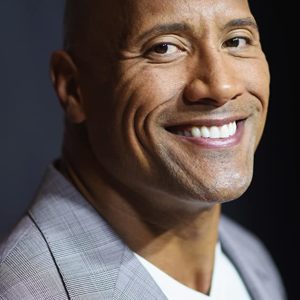 Dwayne Johnson is an actor and former professional wrestler from the United States. “The Rock” is the ring moniker of Dwayne Douglas Johnson. His first film, The Mummy Returns, established his reputation in Hollywood. His most well-known films are those in the Fast and Furious franchise.

Dwayne Johnson was born on May 2, 1972, in Hayward, California, to parents Rocky and Ata Johnson, both wrestlers. He is 48 years old right now. His father is of Black Nova Scotian descent and was a former wrestler, while his mother is of Samoan descent, hence his unique appearance.

Wanda Bowles is his sister, while Curtis Bowles is his brother. It’s no surprise that he picked wrestling as a career because he comes from a wrestling family and is a third-generation wrestler.

He was enthralled by athletics from an early age. He, too, was a football player in high school. He obtained a scholarship to play defensive at the University of Miami since he was such a pro football player. An injury put a stop to his goal of becoming a football player. Then he decided to pursue a career as a wrestler. He worked for WWE from 1996 through 2004.

Dwayne Johnson was born in Hayward, California, but he spent a short time in New Zealand with his mother’s family, where he attended the Richmond Road Primary School, before returning to the United States and attending Freedom High School.

The Rock travelled extensively between New Zealand, Hawaii, and California. He is a football player who obtained a full scholarship to play defensive tackle at the University of Miami. In 1995, he earned a Bachelor’s Degree in Criminology and Physiology.

He was trained by his own father because he was the son of a wrestler. In 1996, he made his professional wrestling debut. On Monday Night Raw the following year, he defeated Hunter Hearst Helmsley to win the WWF Intercontinental Championship. His ring moniker, The Rock, made a name for himself as a great professional wrestler, winning multiple titles.

He began to receive numerous offers from Hollywood as a result of his rugged attractive looks. Meanwhile, he made his film debut in 2001 as the supernatural villain the Scorpion King in “The Mummy Returns.” In 2002, he starred in the moderately successful film ‘The Scorpion King.’

In 2011, he played Luke Hobbs, a Diplomatic Security Service agent, in the fifth instalment of the Fast & Furious franchise, Fast Five. This film was the biggest success of Johnson’s career, grossing over $ 86 million in its first week. Similarly, he returned to the Furious franchise in the sixth, seventh, eighth, and ninth films. Following that, he even voiced Maui in the Disney animated film Moana.

In 2017, he returned to the box office with three films: The Fast and the Furious, Baywatch: The Complete Series, and Jumanji: Welcome to the Jungle. He even appeared in the action films Rampage and Skyscrapers, which were both box office successes.

Throughout his career, he has received numerous awards. For the film The Mummy Returns, he won the Teen Choice Awards in the category “Film – Choice Sleazebag” in 2001. The Cinema Con awards presented him with the Action Star of the Year Award in 2012. In 2013, he was also named Favorite Male Butt Kicker in the Kids’ Choice Awards for Journey 2: The Mysterious Island.

He established the Dwayne Johnson Rock Foundation in 2006. It is a non-profit organization that helps at-risk and terminally ill children. He and his then-wife gave $1 million to the University of Miami to finance the rebuilding of its football facilities on October 2, 2007. He donated $1,500 to a GoFundMe in 2015 to help pay for the operation of an abandoned puppy. Johnson also donated $25,000 to Hurricane Harvey relief efforts in 2017. He also donated a gym to a military base in Oahu, Hawaii, in 2018.

He revealed in August 2020 that he has partnered up with his wife and a sports management business to purchase the XFL. They paid $15 million for a company that had gone bankrupt earlier this year.

To begin with, he is a professional wrestler who has been in the business for a long time, and despite being a successful actor, he has amassed quite a fortune for himself. For franchise films like The Fast and the Furious and Jumanji, he demands eight-figure sums. He has a net worth of $280 million as of 2021.

In 1997, he married Dany Garcia, his long-term girlfriend. His relationship with Dany Garcia, on the other hand, did not work out. They divorced almost ten years later, yet she still works for him as a manager. Simone Alexandra, their daughter, was born to them.

Later, in August 2019, he married Lauren Hashian, his girlfriend. She’s a singer as well as a music producer. Johnson and his wife have two daughters, Jasmin Lia, who was born in December 2015, and Tiana Gia, who was born in April 2018.