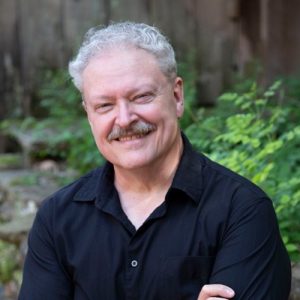 Tim Stafford is a guitarist, songwriter, and educator from the United States. Mountain Memories, The Boys in the Band, Dusty Miller, Blue Highway, and other ensembles created by Tim Stafford. Every Time You Say Good-Bye, a Grammy-winning album co-written with Alison Krauss.

Stafford grew up in Kingsport, Tennessee, where he was born on September 14, 1960. He is a 61-year-old man. His mother’s Browder family is from a musical family, and his twin sisters used to sing and play the piano. There isn’t much else known about his family. His nationality is American, however, he is of unclear ethnicity.

Tim earned his PhD in history from the University of Miami in the mid-1980s. He taught American History, Western Civilization, Appalachian Studies, Mass Communications, and Popular Culture, on the other hand.

At several campuses, such as Miami, East Tennessee State, and Appalachian State University, he teaches personal guitar and banjo lessons, as well as American Roots Music and Bluegrass-related programs.

He worked professionally for over five decades of his life. He is a talented songwriter with over 250 songs to his credit. In 2014 and 2017, he was voted IBMA Songwriter of the Year. He’s also a studio musician, having worked with Willie Nelson, Kenny Chesney, Jorma Kaukonen, Jesse McReynolds, Benny Sims, Marty Raybon, Joe Isaacs, Ronnie Bowman, Charles Sawtelle, and many more in addition to Blue Highway.

Endless Line, his debut solo album, was released in 2004 on FGM Records to tremendous acclaim. In 2005, it was nominated for an IBMA award for Instrumental Recording of the Year. Just to Hear the Whistle Blow, his second album, was published in July 2014, and Acoustic Guitar, his third, was released in September 2017.

He co-authored Still Inside: The Tony Rice Story, a book on living legend Tony Rice, in 2010. He also produced numerous award-winning albums for artists such as Kenny Chesney, The Infamous Stringdusters (IBMA 2007 co-album of the Year), and Knee Deep in Bluegrass, the Acutab Sessions, among others (IBMA 2001 Instrumental Recorded Performance of the Year).

He’s taught at practically every bluegrass camp you can think of, including Rockygrass Academy, Camp Bluegrass (South Plains College, TX), Augusta Heritage, Wintergrass Academy, and others.

Songwriting and playing guitar are the major sources of revenue. Aside from this, he conducted a variety of odd jobs. Tim’s net worth is reported to be between $100k and $1 million, despite the fact that his income is never revealed to the media.

Janet Stafford is his legally married wife. They have two grandchildren as well as three grown children. He seemed to want to be completely satisfied in his own company. Only his curling blond grey hair and brown eyes are available to summarize his physical characteristics. That is why he does not use social media.