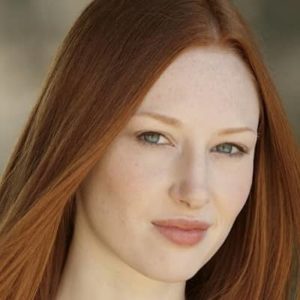 Anna Geisslinger is an art director and prop stylist working in Los Angeles. “America Adrift,” “Lost Child,” and “Her Story” are among Anna Geisslinger’s most well-known works. In addition, she is Annette O’Toole’s and Bill Geisslinger’s daughter.

Anna has created several designs, some of which are available on her official website. There is no denying that she is unemployed. However, there is no more information available about her professional life. Her other family members, however, are not in the same boat. They are quite well-liked.

When it comes to her father’s profession, Bill Geisslinger is an actor. Crash Landing: The Rescue of Flight 232 (1992), Imaginary Crimes (1994), and Ernie Kovacs: Between the Laughter are among of his most well-known works (1984). Annette O’Toole, her mother, is an actress, dancer, and singer-songwriter from the United States. 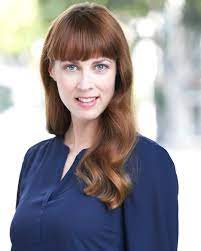 In the 1975 parody Smile, O’Toole played a cynical beauty pageant participant, and she landed the part after giving a “dead cockroach” impersonation during the audition. Then, in 1977, she played Robby Benson’s character’s tutor and girlfriend in the collegiate basketball drama One on One. In the 1980 picture Foolin’ Around, she featured with Gary Busey.

She appeared in the HBO onstage version of Vanities in 1981, as well as the television film Stand By Your Man, which was based on the life of country music queen Tammy Wynette.

Later, in 1982, she had a cameo as Nick Nolte’s girlfriend in the film 48 Hours. She starred as Alice Perrin in Cat People the following year, and then as Lana Lang, Ricky’s single mother, in Superman III in 1983. She co-starred in the CBS television movie Copacabana with Barry Manilow in 1985, portraying Lola La Mar opposite Manilow’s Tony Starr.

In 1985, she starred as Ms. Edmunds in the original Bridge to Terabithia, and the following year, she featured in the TV version of Strong Medicine. Cross My Heart, a romantic comedy from 1987, starred O’Toole alongside Martin Short.

O’Toole appeared in two ABC television miniseries in 1990. She portrayed adult Beverly Marsh in the Stephen King miniseries It, as well as Rose Fitzgerald Kennedy in The Kennedys of Massachusetts, for which she received an Emmy nomination for Outstanding Lead Actress. She went on to act in the NBC miniseries Jewels, based on the Danielle Steel book of the same name, which aired in 1992.

O’Toole played Ellen Wells in the 1993 film Desperate Justice. She played Cheryl Keeton in the 1995 Lifetime television picture Dead by Sunset, based on Ann Rule’s true crime book. She played a female bounty hunter in her own series The Huntress (2000) and had a recurrent part in the television drama Nash Bridges (1996). Keeping the Promise, a TV movie starring O’Toole was released in 1997.

She remained a member of the show’s main cast, although in the background, until the show’s sixth season ended. On January 19, 2010, it was reported that O’Toole will appear in at least one episode of Smallville. On November 22, 2010, O’Toole appeared in season 3 episode 7 of the TV series Lie to Me as Veronica, a middle-aged lady suffering from a severe form of Alzheimer’s.

She made her acting debut on Grey’s Anatomy in March 2013, playing a schoolteacher who learns after surgery that she will die of cancer. In the first two seasons of Halt and Catch Fire, O’Toole played Susan Emerson in six episodes.

In 2016, O’Toole returned to the Stephen King universe as boarding house owner Edna Price in the King mini-series 11.22.63’s episode “The Kill Floor.” In the Netflix series Virgin River, O’Toole played Hope McCrea. In retrospect, O’Toole’s songwriting career can be traced back to events that occurred during a car ride shortly after the September 11 attacks; as her husband Michael McKean puts it, “Annette found herself without an airline to fly her back to Los Angeles from Vancouver, where she was filming Smallville, on September 11, 2001.

So she rented a vehicle and went down. We drove it back up together, and on the way up, somewhere between Portland and Seattle, she told me she was listening to a song in her mind “.. Potato’s in the Paddy Wagon, one of three songs the pair penned for A Mighty Wind, including the Oscar-nominated song “A Kiss at the End of the Rainbow,” was inspired by the “music in her brain.” For the 2004 Disney children’s album A World of Happiness, O’Toole performed “What Could Be Better?” a song she and her husband co-wrote. The duo performed a cabaret show for “Feinstein’s at the Regency” in New York City in May–June 2005.

On July 7, 2007, O’Toole sang in the London leg of the Live Earth concerts as a backup vocalist for her husband’s fictitious band Spinal Tap.

She also appeared on the band’s Unwigged and Unplugged tour in 2009 and provided lyrics to “Short and Sweet” on Spinal Tap’s Back from the Dead album in 2009. In 2011, she appeared in CAP21’s production of Dan Collins and Julianne Wick Davis’ new musical Southern Comfort, which was based on the Sundance award-winning documentary.

Finally, when it comes to her sister’s career, Nell Geisslinger began hers by joining an acting troupe. She started as an intern at the Oregon Shakespeare Festival.

Stella in A Streetcar Named Desire, Portia in Medea/Macbeth/Cinderella, Louison in The Imaginary Invalid, and Chorus in Oedipus Complex are just a few of the roles Geisslinger has done.

For ten seasons, she was involved with the event. She also performed in the Utah Shakespeare Festival’s Twelfth Night, Berkeley Rep’s Tribes, Cincinnati Playhouse’s The Foreigner, and Actors Theatre’s Mary’s Wedding. With the mini-series IT, she made her debut appearance on television in 1990.

After a few years, she was cast as Christina in the series Jewels. She played Gracie in The Ride Home and Willow in Abby & Jack, both short films released in 2019. In addition, she played Rose Perkins in the films Chloe and Keith’s Wedding. She is now a senior producer for Food: Fact or Fiction? which she co-created with her stepfather.

Anna Geisslinger’s relationship status is unknown, however, she is presumably single. To date, there has been no information about her romantic love relationships. In reality, Annette O’Toole, her mother, has been married twice.

On April 8, 1983, O’Toole married actor Bill Geisslinger; the couple separated in 1993. They have two daughters together. In March 1999, O’Toole married Michael McKean. McKean and she both have a musical background.

Anna’s bodily measurements show that she is of average height and weight. She has a height of 5 feet and 6 inches. Aside from that, no information about her physical dimensions, weight, dress size, or shoe size is available.

However, she is renowned to have gorgeous blue eyes and blonde hair. She isn’t on any of the major social media networks. She is not a fan of Instagram, Twitter, or Facebook. Despite the fact that her name appears on a number of social media profiles, none of them are her true accounts. She seems to be a pretty private person.